A letter written by Shanna Whan, Founder and CEO of Sober in the Country.

Six years ago I was a busy, successful professional country woman by day, and an untreated/undiagnosed alcoholic dying quietly, by night, in plain view of all who knew me.  And most people had no idea.

A rock bottom moment falling down a flight of concrete stairs and almost breaking my neck ended up being the most important event in my forty years on earth; because it would lead to the moment I finally chose life over death. That miracle moment and the tiniest kernel of an idea is now a national charity paying forward hope on a national scale. It took 15,000 volunteer hours to birth a rural conversation and movement many said would never be done. Could never be done.

Now in 2020, the vision I had way back then is rapidly becoming a reality, thanks in part to nothing more than old-fashioned hard work and faith, but thanks largely to the tremendous generosity of The Snow Foundation and another funder, the Yulgilbar Foundation.

Georgina Byron and I first began chatting in late 2019. Ironically the pandemic was the tipping point that prompted this good woman to pick up the phone in March 2020 and ask how badly the virus had impacted our plans. I was devastated – because after six years working seven days a week (without a cent of income), 2020 was set to be our ‘’launch year’’ for the charity I’d established called Sober in the Country … and within one week it was all gone because our first income stream (a tour of speaking engagements) went up in smoke with travel bans.

Both The Snow Foundation and the Yulgilbar Foundation came in around us and gave us our second miracle. They recognised the critical nature of our work of catching hard-working rural men and women slipping through the cracks of an overburdened healthcare system and struggling to overcome addiction in a state of (permanent) isolation – and they literally saved the day.

So instead of falling into a freefall of COVID overwhelm … we’ve instead been able to get up and show up seven days a week to consolidate, refine and really put solid systems in place for our humble but seriously growing grassroots bush charity that’s now becoming a household name.

Our job is simple: we are here to break apart outdated stigmas and open up conversations around alcohol abuse, misuse and addictions in the overlooked demographic of hard-working men and women in the rural, remote, and regional space.

We do this with ‘real talk’ and from a ‘’leadership by lived-experience perspective’’ and it’s a simple and effective online community approach that’s working.  We’ve built a family for others.

We (a tiny team of 1 staff, 1 volunteer, and 4 directors) are forging a clear and strong path into previously uncharted territory – and it is saving rural lives, preventing rural deaths, and achieving national social impact. 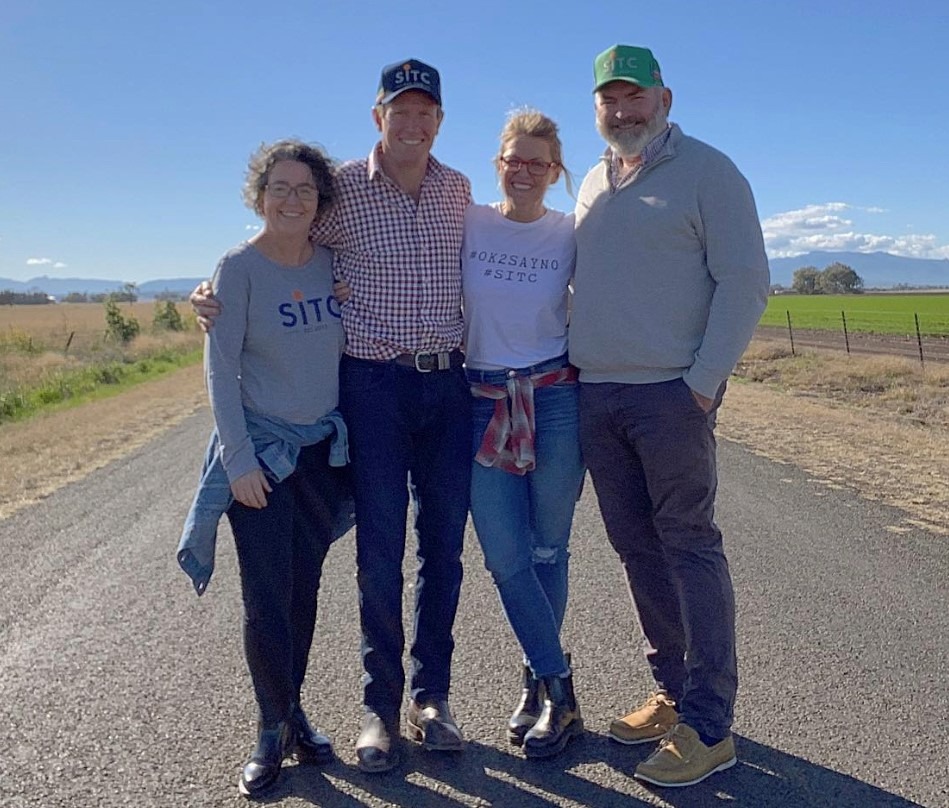 I believe our approach is working because we are not, for one moment, presenting as the ‘solution’ to this national crisis claiming 6,000 lives every year. We know that is a job for dozens upon dozens of experts and billions in funding and unified response.

But despite the odds and our national obsession with booze – our small charity has done a lot to break open this discussion because we simply speak the facts and the truth. It’s real people, real lives and real change.

Today we have almost 700 rural and regional men and women who are working together in a private online group, discussing their own (often utterly heartbreaking) truths – and many have said it’s the first time they’ve ever felt safe and understood in their entire adult lives. Part of a tribe of like-minded peers.

The group has grown so quickly that myself and our administrative volunteer Felicity have spent six months developing a soon-to-be-launched web platform called The Bush Tribe to ensure this extraordinary online community is safe and well-managed and maintained.

We are officially opening this up in August when ABC airs a new 3-part series called ‘’On the Sauce’’ with Shaun Micallef exploring our relationship with alcohol (starting on 21 July). Sober in the Country features in episode 3, so we thought that was a sensible time to get this new platform up and running, as we expect a similar spike in interest and awareness that we saw when Australian Story featured us in November 2019 – the same week we were granted ACNC charitable status.

Our focus and mission remain sharp and clear. We aren’t here to reinvent the wheel. We are here to recalibrate the wheel for bush conditions. Because nobody has done that – and it needed to be done for a very overlooked demographic. Today, Sober in the Country is aligned with the key national organisations, charities and bodies in the alcohol awareness space – and we are humbled and incredibly grateful.

The support of The Snow Foundation has been an absolute game-changer for us, and we are so honoured to partner with such an extraordinary family who share a belief in “catching those falling through the cracks.’’
Our website www.soberinthecountry.org explains our back-story in immense detail and links to all our social media. You can catch up on our media and our episode of Australian Story, any time.

Thank you to Terry, Georgie and the Snow family – and also to Alex, Jo and staff. We don’t take a single moment of this incredible opportunity to do something important for granted.